The project Haute Kantár is situated at the intersection of art and design. In collaboration with the jewellery designer Philipp Eberle this ongoing investigation explores subject-object-relations by complicating, overriding or inverting the symbolic function of jewellery. Shifting the focus from visual signalling towards the sensual dimension the pieces aim to investigate the relationship between body, gaze, desire and allure. In doing so, the project seeks to look beyond social distinction or sentimental attachment to find out what other factors are at play that are usually simplified or overlooked in the hierarchies of observation. For the piece Pasta, for example, a silver snake chain was fitted with two diamonds, one at each end. One half is swallowed while the other diamond remains between the lips. While the front end of the objects caters to the gaze of an observer like classical jewellery, the other end remains hidden in the food pipe, a diamond that no-one will see. How does this complication affect the relationship between observer and the objects and agencies of observation?

Marie von Heyl is a trans-disciplinary artist and writer focusing on subject-object-relations and the productive inadequacies of language. She holds a diploma in painting from Weißensee School of Art and an MA in Fine Art from the Royal Academy School in London. Since 2020 she publishes the podcast Eclectic Engineering, in which she explores the eclectic and collaborative potential of conversations at the intersection of art, philosophy and feminist theory. 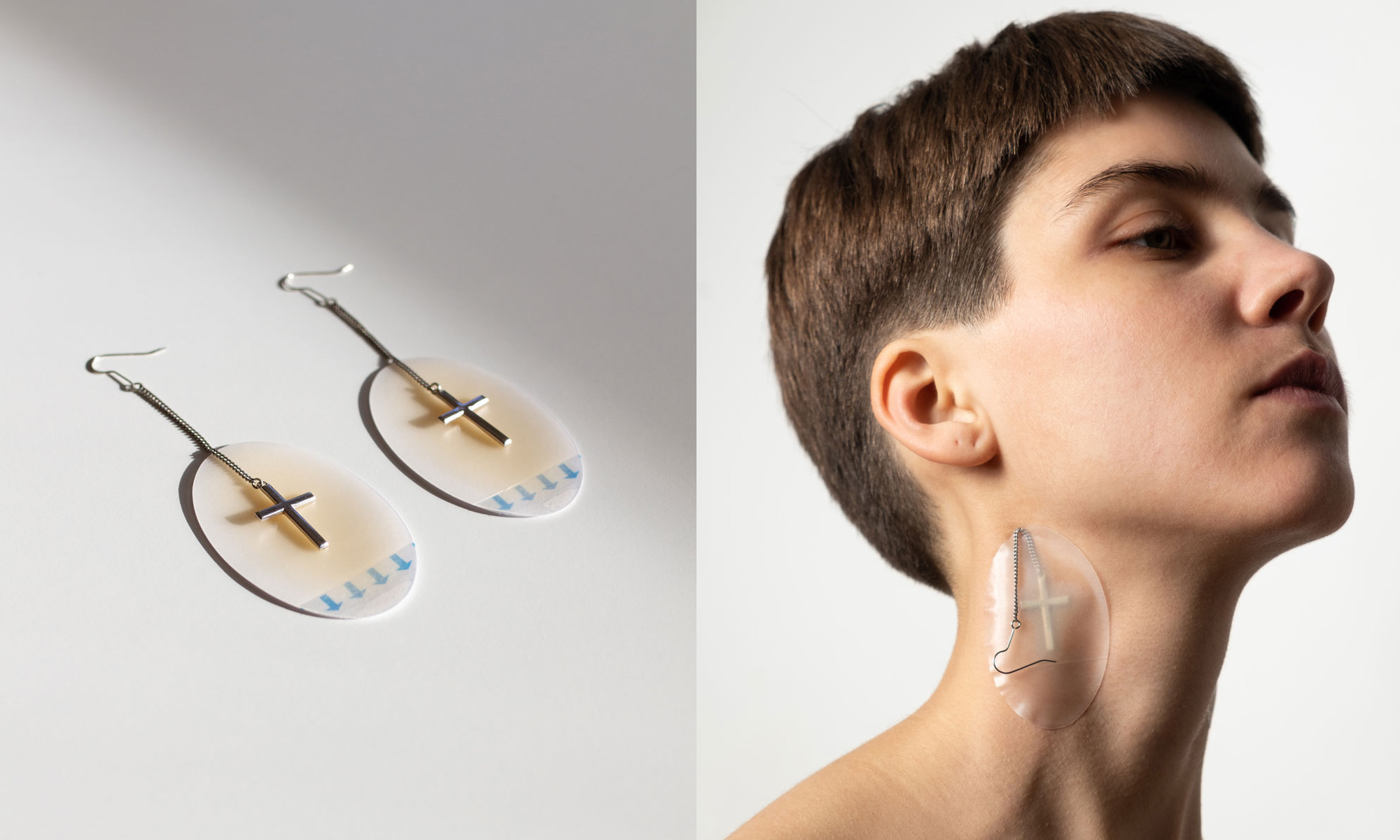